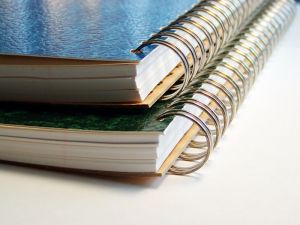 At the heart of Capitol Hill Group Ministry (CHGM) is our mission of “Serving the Community, One Neighbor at a Time,” and striving to break the cyclical nature of poverty that often exists within the homeless and low-income communities which we serve. A critical part of achieving that mission centers around assisting the students within our programs, specifically those in our Shelter Plus Care (SPC) program, to achieve their academic goals and strive for higher education.

Families in the SPC program have all spent time in homeless shelters, and many have histories of substance abuse, mental illness, and chronic health issues. They all have also faced economic hardships and unemployment. Despite these hardships, in August 2012, CHGM celebrated our three high school graduates who will begin their first year of college.

Elizabeth Banner was a standout student at H. D. Woodson High School, both academically and athletically. She participated in an event hosted by the College Success Foundation, where she spoke to younger students about her path towards academic success. She was an important addition to the Volleyball, Basketball, Softball and Track & Field teams. She was even invited to an event at the White House hosted by the Athletic Women Association as a high school representative. Currently, Elizabeth is interested in studying criminology at Trinity University, and hopes to use her education to protect animal rights and end animal cruelty.

Lewis Parker is another one of CHGM’s successes. Lewis is a student at North Carolina Central University. During his time in high school, he added greatly to the McKinley School of Technology community. He was both active in athletics and recognized for his academic achievements. He also participated in the College Success Foundation event, and shared his story to help inspire younger students in the community. Lewis hopes to use his college education to pursue a degree in journalism. More specifically, he plans to cover sporting events and work in sports broadcasting.

Finally, Daniell James is a freshman attending Prince George’s Community College. Prior to beginning his first year of college, Daniell attended Northwestern High School in Hyattsville, MD, where he played varsity level football. He was also recognized for his academic success by the school’s academic honor society. Daniell is still undecided about his academic future, but hopes to someday coach football.

Elizabeth, Lewis, and Daniell are encouraging examples of the success that Capitol Hill Group Ministry’s Shelter Plus Care program can achieve when combined with the determination and hard-work of the youth in our program.

While these college students’ achievements were accomplished through their own talent and dedication, CHGM provided and continues to give stability along the way. Help was provided in the form of housing, as well as assistance through care packages that included much needed school supplies and food.

CHGM was successful in helping secure financial aid to help with senior dues during high school as well as college fees. This includes our SPC staff’s assistance with filling out FAFSA forms that allowed these students to focus on their academics and truly flourish. It is our hope as an agency to assist the next generation of students in their academic development and work towards ending poverty by ensuring the continued education of our youth.

Everyone Home DC invites members of the media to contact us to learn about how we support the holistic needs of individuals and families at risk of, or experiencing, homelessness. We can connect you with our senior team and clients actively advocating for systems change to end homelessness for interviews.

Homelessness to Housing with CHGM
Scroll to top

This site uses cookies. By continuing to browse the site, you are agreeing to our use of cookies.

We may request cookies to be set on your device. We use cookies to let us know when you visit our websites, how you interact with us, to enrich your user experience, and to customize your relationship with our website.

Click on the different category headings to find out more. You can also change some of your preferences. Note that blocking some types of cookies may impact your experience on our websites and the services we are able to offer.

These cookies are strictly necessary to provide you with services available through our website and to use some of its features.

Because these cookies are strictly necessary to deliver the website, refuseing them will have impact how our site functions. You always can block or delete cookies by changing your browser settings and force blocking all cookies on this website. But this will always prompt you to accept/refuse cookies when revisiting our site.

We fully respect if you want to refuse cookies but to avoid asking you again and again kindly allow us to store a cookie for that. You are free to opt out any time or opt in for other cookies to get a better experience. If you refuse cookies we will remove all set cookies in our domain.

We provide you with a list of stored cookies on your computer in our domain so you can check what we stored. Due to security reasons we are not able to show or modify cookies from other domains. You can check these in your browser security settings.

These cookies collect information that is used either in aggregate form to help us understand how our website is being used or how effective our marketing campaigns are, or to help us customize our website and application for you in order to enhance your experience.

If you do not want that we track your visit to our site you can disable tracking in your browser here:

We also use different external services like Google Webfonts, Google Maps, and external Video providers. Since these providers may collect personal data like your IP address we allow you to block them here. Please be aware that this might heavily reduce the functionality and appearance of our site. Changes will take effect once you reload the page.

The following cookies are also needed - You can choose if you want to allow them: